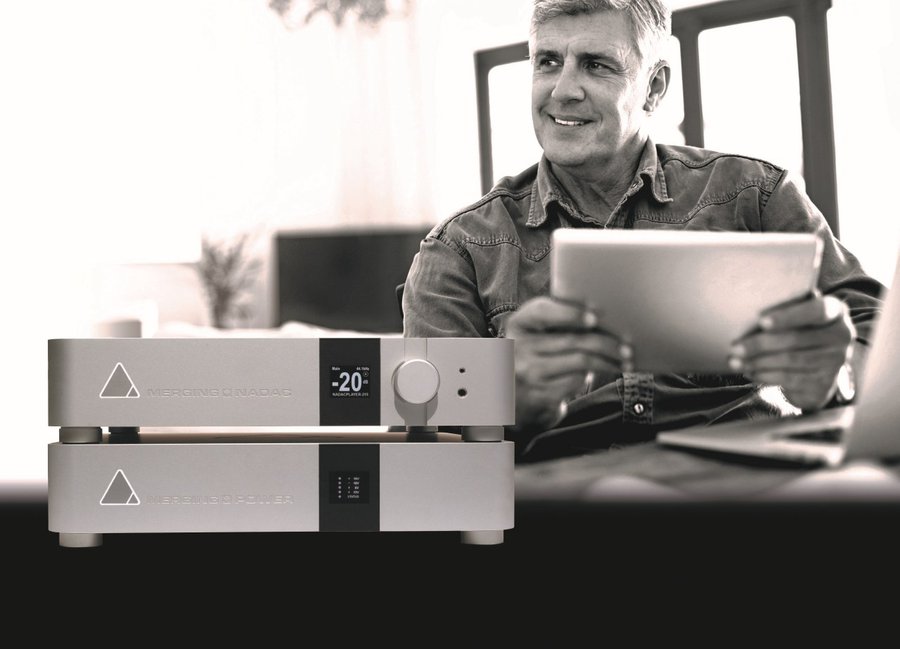 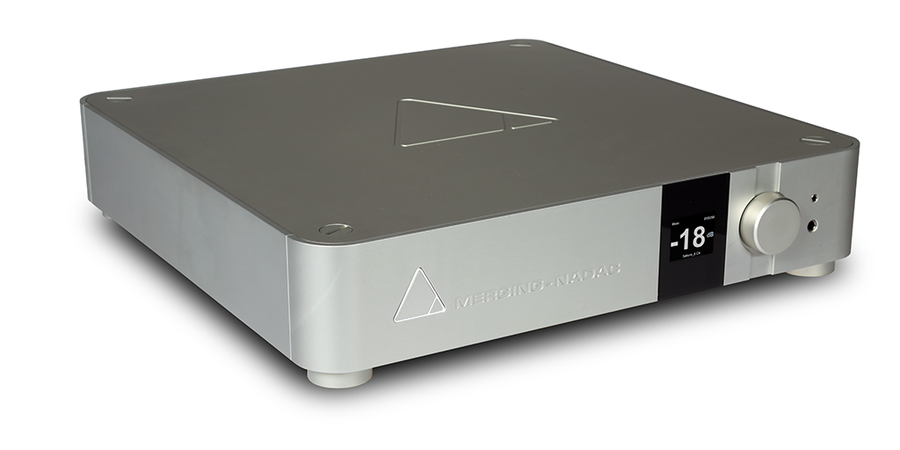 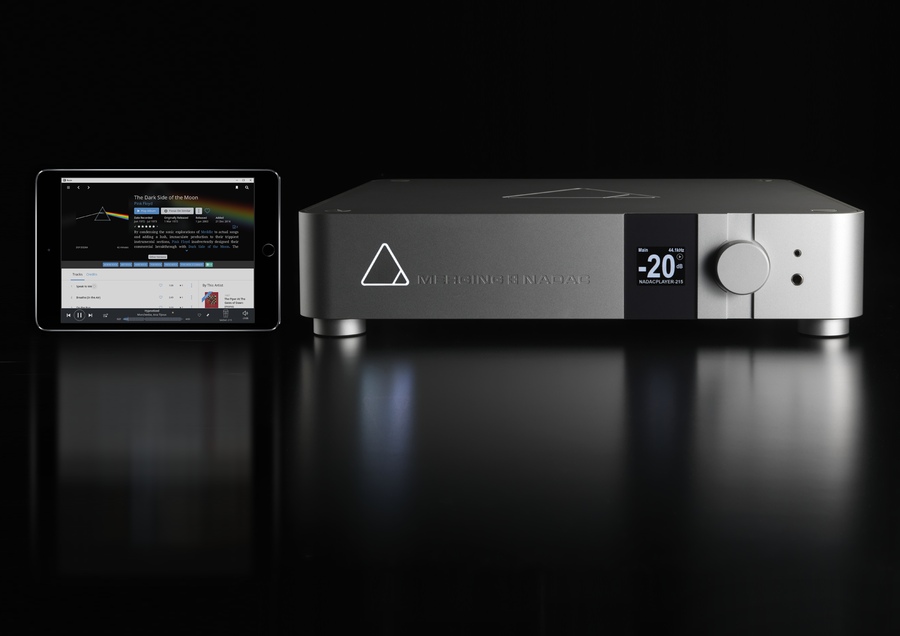 Merging Technologies is the world’s foremost manufacturer of high-resolution digital audio recording systems. Our list of customers reads like a who’s who in the recording industry. This includes both recording engineers making original recordings, as well as mastering engineers who prepare the recordings for final release.

The company was founded in 1990 in Chexbres, Switzerland by Claude Cellier. Prior to this, Claude worked for the famous Swiss audio maker Nagra Kudelski for 10 years, where he played a key role in the design and development of several major products, most notable of which was the Nagra T analogue tape machine. As a consequence, Merging Technologies has considerable analogue and digital audio design expertise. Over 1,100 Nagra Ts were made and they still command high prices on the second hand market in the Far East where they are prized by discerning, and wealthy, audiophiles.

Within a short time of its founding, Merging Technologies established a high reputation for their expertise in digital signal processing and associated hardware, and with their Pyramix Virtual Studio, was one of the first companies to produce a DSD recording system. The DXD format, (Digital eXtreme Definition) which works at 352.8kHz/24-bit, was developed by Merging Technologies in collaboration with Philips, to overcome the challenges in editing and mastering DSD for SACD.

Claude also invented and developed a patented lossless real-time coding compression technology (working together with the Institute of Technology at Lausanne), which is still considered as a landmark in the field of lossless audio compression.

More recently he was active in the design and architecture of the RAVENNA/AES67 Audio-over-IP Networked Audio A/D and D/A converters. At the time of writing, there are over 1,000 pieces of Merging Technologies’ network enabled equipment in daily use by audio professionals worldwide.

Merging Technologies currently has over 20 employees with offices in Switzerland and the UK.

Merging + Clock - Timing is everything

Clocking of digital audio signals is vitally important to achieve the best possible fidelity. Merging’s experience in dealing with the challenges of perfectly synchronizing digital devices is invaluable. The RAVENNA network technology makes it much easier to distribute super-accurate timing information to all connected devices, but why not go a stage further and make your Master Clock phenomenally accurate. The MERGING+CLOCK is not only designed to synchronize your RAVENNA network, it is also provided with a direct high performance connection to your MERGING+NADAC offering also automatic sample rate switching, with two 10MHz synchronous outputs for other high-end components and with a set of four Word Clock output for our professional friends. 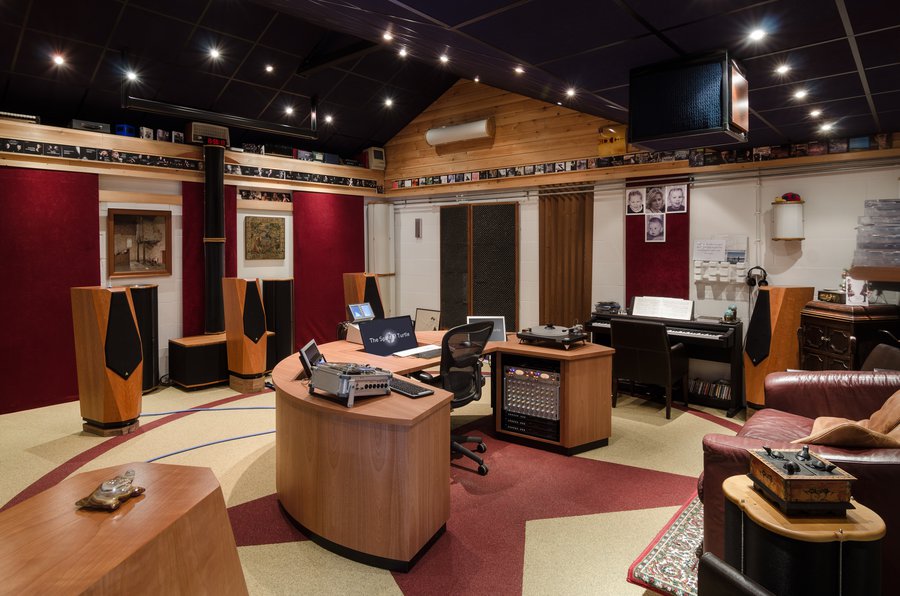 About the RAVENNA protocol and NADAC

Ethernet comprises two major components: the physical interface i.e. the cabling and associated hardware and the protocol that manages how data is moved around the network. The RAVENNA network protocol allows for the accurate and stable transfer of very large amounts of digital audio data on an Ethernet network. On their professional recording systems it allows the transfer of up to 48 channels of DSD256 on a single Ethernet cable. When the NADAC is connected to a standard computer based digital audio source and a stereo DSD stream is being received, just over 1% of the network’s capacity is being used, so it is hardly being stressed at all.

Using a utility that is installed on the computer, NADAC controls the rate at which the digital audio data is sent. Rather than being sent as a continuous stream, as is the case with standard digital audio interfaces, the data is sent in packets, which contain extra data that allows NADAC to detect if there are any errors. If an error is detected, NADAC requests that data packet is sent again. This is possible because of the high speed at which the data is sent and also, very importantly, because the incoming data is stored in a large buffer memory. The data is then clocked out of this memory using a high precision clock built into NADAC. This guarantees a very high level of data integrity, which is obviously essential in a professional recording system, where there may be only one chance to capture a performance. It also eliminates the cable and jitter related problems associated with conventional digital audio interfaces, something that has been a holy grail for audiophiles.

Another advantage of using Ethernet is that is allows several NADACs to be connected to a common music server computer, each receiving a different music data stream, so as well as offering excellent performance in conventional stand alone 2-channel system, NADAC is ideal for use in sophisticated networked audio systems. In a complex system with multiple D/A converters and possibly other network devices, ensuring data integrity can be a challenge, but the RAVENNA protocol’s extremely powerful data management capability ensures that this carried out very efficiently, thereby ensuring consistently excellent sound quality.

A further advantage of the Ethernet interface is that it allows long cables to be used: typically up to 100m. Thus the music server or computer may be located remotely, so that any noise it generates does not disturb the listener and NADAC located close to the power amplifiers so that the analogue cable lengths may be minimised for the best sound quality.